Its nearly the end of the month and I'm still finding challenges I meant to do.
Let's get sketchy is one I looked at earlier in the month then decided to come back to it. 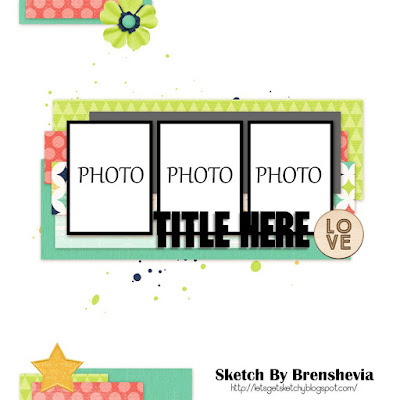 Once again I used a Prima page from the Bella Rosa collection.
I started by using white paint through a dotty mask as my background. In this case it almost looks like snow with those animals! In reality, it was summer.

I used red as one of my matting colours since we were in Canada. We had a stopover in Vancouver which was basically overnight until lunch time the following day.
The middle photo is at our hotel and the deer is concrete. Then we arrived at the airport and found 2 more animals, hence the photos which were taken on my phone, so not as clear.
The red maple leaf and moose were specialty scrapbooking items from Canada. 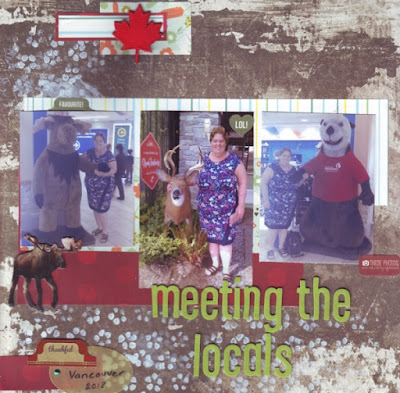 Posted by Julene Matthews at 09:11

Julene I love that cute moose and maple leaf! Thanks so much for joining at LGS!

Very cute page Julene--love the title for those photos! Thank for joining us @ LGS!

Such a great layout and super cute photos. Thank you for playing along with us at LGS!

Great take on the challenge. Thanks for joining in with us this month at Let's Get Sketchy.

What a fun layout. Thanks for playing along with us at Let's Get Sketchy.

Cute photos! Love the background! Thank you for joining us at LGS!

Great layout! Love the pops of red! Thank you so much for joining us at LGS❤️

Great take on the challenge. Thanks for joining us at LGS!!