Challenge YOUrself and Sketch 'n'scrap

I'm combining 2 challenges with this layout. 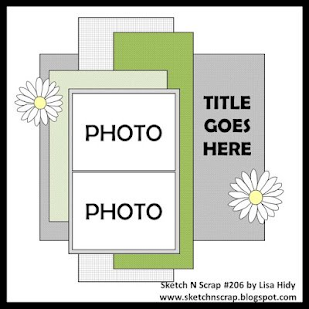 And also Challenge YOUrself has 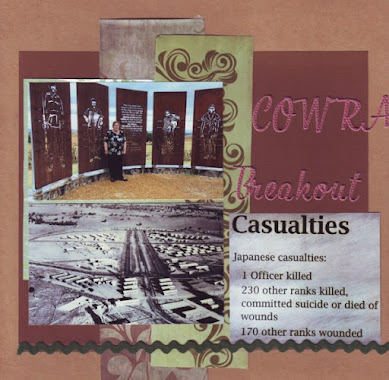 My topic is the Japanese prisoner of war camp in Cowra NSW, which I visited recently.

Looking back during my visit I reflected on the sadness of war and general loss of life on both sides. It was a sombre visit. In fact I cried while standing near that memorial.

Mum had told me about it and how during World War II, any Japanese soldiers that became prisoners of Australia, were sent there for punishment. Cowra is about 5 hours from Sydney and the camp is set away from the town, so there was no way they could return to their homeland .

The Cowra breakout occurred on 5 August 1944, when 1,104 Japanese prisoners of war attempted to escape from a prisoner of war camp near Cowra, in New South Wales, Australia. It was the largest prison escape of World War II, as well as one of the bloodiest. During the escape and ensuing manhunt, 4 Australian soldiers and 231 Japanese soldiers were killed. The remaining escapees were re-captured and imprisoned.

Posted by Julene Matthews at 09:19

WOW, Julene. This most definitely was a very sad time in history. So many were killed or wounded. Your layout is poignant and very beautiful, too. I want to thank you so much for joining us at Challenge YOUrself for this month's challenge, which was not easy to do! We are all very happy that you did!

That was a good history lesson for me. Thank you

Love how you accomplished two birds with one stone here. Great take on our challenge. Thank you for joining in with us at Challenge YOUrself.

Beautiful page! Thank you for including some historical background for this. I learned something new! And thank you for joining us at Challenge YOUrself this month!

Beautiful way to document a sad time in history. Thank you for sharing this with us at Challenge YOUrself.