You show me yours challenge

This month the challenge at You show me yours was to create a layout using Cate Blanchett as Queen Elizabeth the first.

I started with orange cardstock and smooched distress ink in black and old paper onto it.
Next I adhered a large ginger coloured flower from ZVA creative in the corner.Under it I placed 3 skeleton leaves in creams. 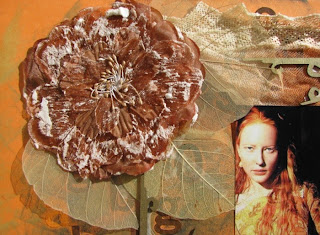 I found some antique lace and adhered it to 3 sides around the right hand side of the layout.
Along the bottom I've adhered a strip of fabric with sequins sewn along it .

Over all that I misted using "Sugar maple". 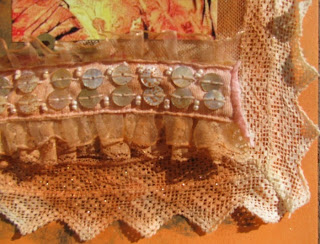 2 large corner chipboard flourishes were inked in gold and placed around the photo. 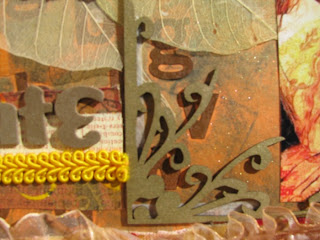 Below the large flower I used part of a tag made previously, which had kraft(misted),gold braid and washi tape.
This became the mat for my title.
Last ,but not least, I adhered a metallic flower and centre screw at the end of the strip of sequins. 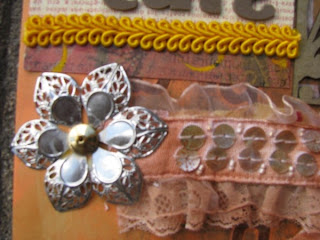 and the final layout below. 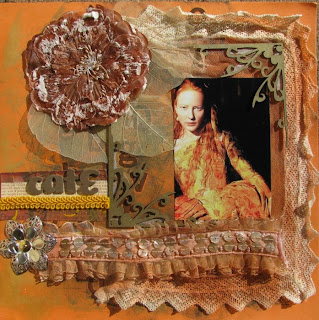 Posted by Julene Matthews at 14:30