Here's the challenge at Sketchy boards this month.
I had a set of die cut border strips one of which was gold. I used that as my central strip and the negative of it as my sunburst feature.
I had very few other gold embellishments, but have used 2 other washi tapes and a tiny bow.

My feature on here is the bear button I bought in Canada. 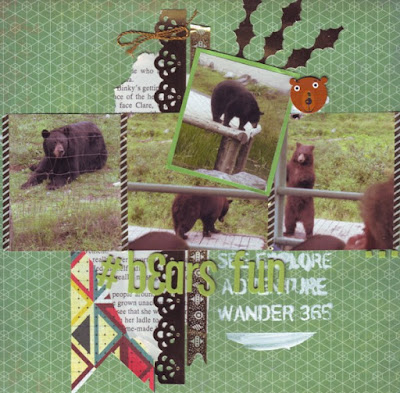 This was at Park Omega again and we were amazed when the bear on the right stood up.
A kodak moment!

Posted by Julene Matthews at 10:26