A sleepy dormouse is a guest at the Mad Hatter's tea party along with the March Hare. He has a fondness for treacle (AAIW). In the 2010 film, that same dormouse is now a female, less sleepy, has white fur, and is a swordswoman. Her name is Mallymkun.

I found this information on the site http://aliceinwonderland.wikia.com/wiki/List_of_creatures_in_Wonderland

Both of these pieces of information led me to create a card for Stuck on You sketches.http://stuckonusketches.blogspot.com.au/

Firstly I fussy cut a mouse from an old picture book.
Next I obtained a die cut teacup from Studio Calico http://www.studiocalico.com/digital/digital-stamp-brushes/the-underground-tea-time-stamp It is the same place Neela got hers.

I chose not to use the sentiment but found a sticker instead that says hot stuff. 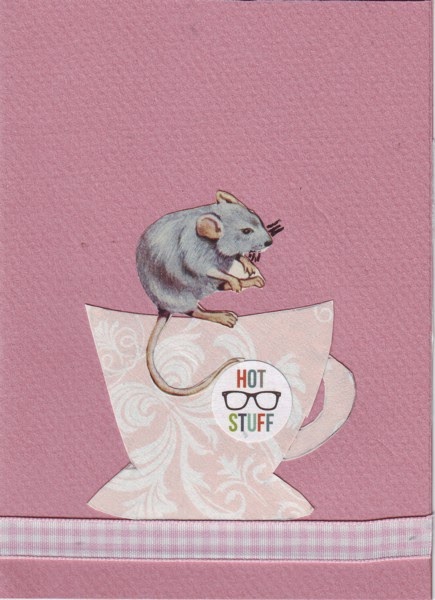 Inside the card I have placed a triangular pocket and inserted a teabag. 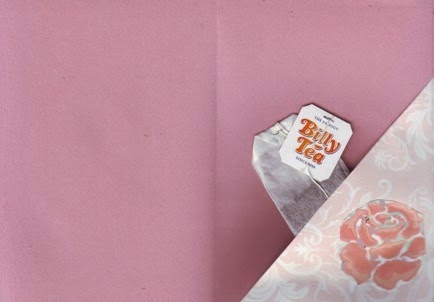 Posted by Julene Matthews at 13:51

It's a very nice little present. Thanks for sharing it with us.
Eli (SOUS)

fun! Love the mouse! Thanks for playing with us at SOUS!