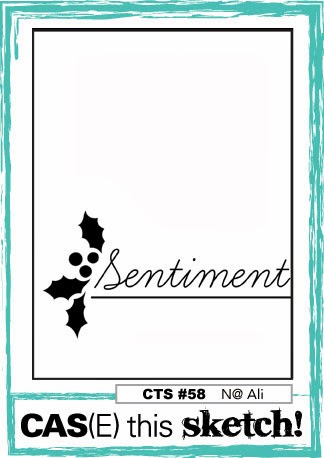 There is nothing more annoying than rub-ons that just won't co-operate!
My card started quite well with a seasons greetings Christmas bauble and the tiny Christmas flowers on the red strip.
I found 3 rubons in a row that said Merry Christmas so thought I'd put them straight on the card.
Bad idea. The red Merry went haywire, sticking to itself etc.
The next one down reads mcrry, but I'm still entering it because it took much work before that happened. Lucky that red star brad was on hand! 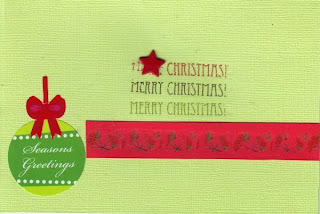 Posted by Julene Matthews at 21:10